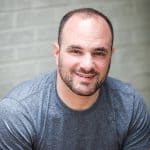 “Henry was actively involved in the creation of the Sleep Remedy supplement during his time in the Navy SEALs, thus is a natural fit to execute strategy and execution as the company continues to evolve,” said Dr. Kirk Parsley, founder of Salutoceuticals and inventor of Sleep Remedy. “His track record of strong leadership combined with his extensive knowledge about the product make him uniquely qualified to lead the team and accelerate the growth of the Sleep Remedy brand.”

After nearly seven years as a Navy SEAL, Henry received his MBA at Wake Forest University School of Business. He worked with companies in the defense/aerospace sector, volunteered with veteran-focused non-profits Battle Dawgs and Operation Enduring Warrior, and ran a business producing skydiving apparel.

“I’m honored and grateful for the opportunity to lead this exceptional organization,” said Henry Berkowitz. “The Sleep Remedy product has positively impacted the lives of many people, including my own, and I look forward to playing an active role in its growth and expansion.”

Henry will oversee strategy execution and focus on expanding the brand to new markets.

More exciting news is coming down the pipeline, stay tuned!