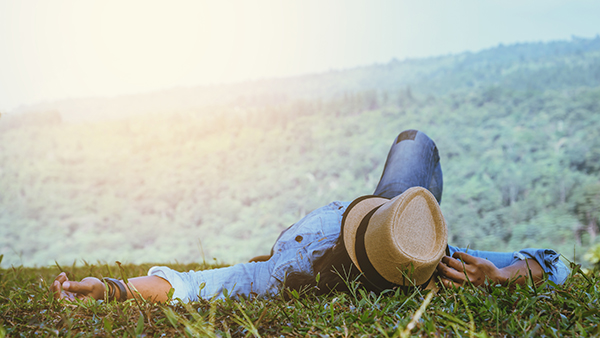 One of my favorite axioms about health (or most anything for that matter) is, “nothing works for everyone, and anything that does work, won’t work forever. Optimizing your health is the key to a long, happy, and healthy life. We've seen this play out time and time again in the areas of nutrition, exercise, stress mitigation, mental health, and on and on and on. Because the need for sleep is such a critical component to any type of optimization, I have often felt that my work with sleep might be immune to this universality. It turns out that I was wrong. Over the past 10 years of being a frontrunner in the sleep-health space, a lot of my tactics and beliefs shifted.

That said, one thing that has remained constant is the core data that keeps coming from the research over and over again: adults need around 7.5 hours of sleep per night to perform at their peak. The data demonstrates this to be true regardless of what metric one uses to measure their “peak." (On a related note, if your goal is to be tired, cranky, fat, old, slow, cold, depressed, and dumb—then sleeping less might be your golden ticket)

When I first started my crusade to help people sleep more, it was such a surprisingly novel concept that for most people, all I had to do was convince them that if they slept more (or better), their lives would improve. My trump card became the presentation of data that proved EVERYONE has more health problems and dies younger with chronic sleep deprivation, and that the definition of “sleep deprivation” in the sleep medicine research world is pretty much what the average American considers normal sleep (approx. 6 hours).

Just ten short years ago, nearly every audience I spoke to looked at me incredulously when I presented the idea that blue-blocking glasses before bed could positively impact the quality of their sleep. In fact, many people thought I was pulling their legs or was just plain off my rocker. Flash forward to today, you have dozens of successful companies selling a wide range of blue-blocking (and fashion-forward) glasses – Translation: People now believe.

The same was also true for powering down electronics in the bedroom, optimizing bedroom temperature, cold showers/baths, Epsom salt detoxing, blacking out one’s bedroom, and balancing carb intake. Now, the majority of people that come to me for health consults are familiar with these practices...

So, where does health optimization begin?

Well, for one thing, hundreds of people are now offering “sleep coaching” and sleep advice. Many of these people seem pretty sharp, but there’s some astoundingly inaccurate and unsubstantiated information being spread around on the interwebs. I can assure you that magic pillows, special eye-masks, the perfect socks, organic sheets, white-noise machines, or guided meditations are not the be-all-end-all solution to your sleep problems. I am not saying that none of these things are useful. Quite the opposite; all of those things can be great adjuncts. However, the root cause of your sleeping difficulties is, almost certainly, not the result of you not owning these gadgets. That said, there are a few of these things that I use myself and recommend on a regular basis. I will be doing a multi-part series to review the concepts and products mentioned. I will separate the cream from the chaff.

Another big change in the past decade is the rise in popularity of wearables and physiology tracking technology—and the zeal in which they seem to be accepted. I have my own opinions on the various devices and technologies that allow this tracking and will be sharing those insights with you soon. Look for that starting late summer. If you are on our email list—you will be notified when both series begin.

Now, for the real point of this blog… another change is on the horizon and it’s a big one.

As some of you know, in 2014 I left my brick-and-mortar practice in favor of virtual/telemedicine consulting. It was during this period that I also launched the sleep formulation that I developed while working as a physician to the Navy SEALs. Full disclosure, I was guilted by my SEAL buddies to create and release the formula as a retail product.

At the time, my SEAL patients were buying all of my Sleep Remedy ingredients individually, in multiple forms, and at multiple stores. This was not only a pain in the butt but also exceedingly expensive. The solution was simple. I would take a year off, keep consulting, and build this little supplement company. I would then open a new practice and turn the company over to somebody that actually knows something about building a supplement business.

There’s a saying that goes something like, “If you want to make God laugh, tell her/him your plans.” Funny thing is, five years later, I’m pretty darn close to hitting my goal. I am joining forces with a friend’s brick-and-mortar practice. I have a magnificent marketing team, a super-star COO, and I brought on a new CEO.

Now, many of you might be thinking, “That’s great Kirk, but why should I care about all this?” Well, here’s the thing: Now that I have an amazing team, and all the right butts are in the right seats, we can do things I could never do alone. One of those things is to re-formulate the product.

When I first decided to build and launch Sleep Remedy. I had no idea how to do anything (build a website, eCommerce, boxes, packaging, fulfillment, customer services, etc.) but most of all, I had no idea how to get the actual supplement made. Obviously, I figured it out, but in order to get my product to market, I had to make certain sacrifices in my formulation. I couldn’t find a company that would make what I wanted to my exact specifications, and during the initial launch, many of the ingredients were simply too expensive. Fortunately for you and for me, as production quantities increase, supplements get much, much cheaper to produce.

So, we are launching a somewhat similar (but better) product soon. I will go as far as to use the cheesy moniker, “New and Improved.”

Well, for one thing, we are improving the flavor! One of the biggest problems in formulating a drink is finding a way to mask the flavors of awful tasting supplements, without adding a bunch of sugar or chemicals.

For example, raw magnesium salts, actually taste like burnt truck tires, dipped in rancid chicken grease with a metallic after-taste. Some of the ingredients that I wanted to include tasted even worse. But now we have a great manufacturer that not only produces to the highest standards, quality, and testing that is out there, they can also make our drink taste MUCH better. I have tested it myself and would drink it just for the taste.

We are also introducing new flavors—but I‘m keeping it a secret for a little longer. Stay tuned for more on the new formulation and the big reveal of the new flavor!