How Does Sleep Affect ADHD - and Vice Versa?

Beware: this blog is purely Kirk off the wall.

However, I think my logic is pretty inescapable here.

Is your kid diagnosed with ADHD? Or maybe they seem like they might get that diagnosis soon?

Whether it’s a child or an adult who’s got ADHD, there are a lot of misunderstandings about what that condition actually entails.

And we’re going to get into my logic behind that for today’s article.

ADHD is actually a misnomer.

I think this conversation needs to start off by defining ADHD, because the name itself is actually incorrect.

“ADHD” stands for “attention deficit hyperactivity disorder.” And heads up: I’ll interchange ADHD and ADD, because they both stand for the same “disorder.”

But back to the basis of the diagnosis: a lack of attention isn’t what’s actually going on here.

This condition should be named something along the lines of “attention misplacement disorder.”

Because you see, people with ADD don’t lack attention.

They just hyper-focus on what society has deemed the “wrong” things to be focusing on at any given moment.

For example, the majority of trans-continental pilots have ADHD. A large portion of neurosurgeons have it, too.

They have the ability to focus on one ridiculously small, monotonous thing for the whole day without even realizing it.

So, though we often think of people with ADHD as constantly distracted, that’s not really how it works. 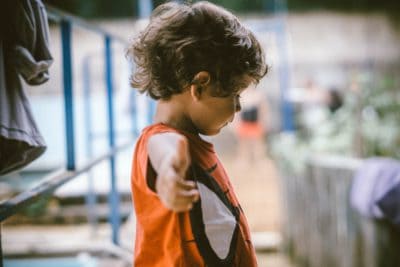 So what does ADHD actually mean?

The diagnosis itself is nebulous, and often misunderstood by the general public.

Most people, when they hear that someone has ADD, expect to meet someone whose conversation bounces around and is constantly needing reminders to pay attention to the task at hand.

However, that’s not the case.

Like I already mentioned, ADHD is more of a diagnosis about where the attention is going.

It’s not necessarily about the length of time focusing on something.

For example, I’m diagnosed with ADHD.

And I’ve literally spent 12 hours working on a watch before.

I’ve gone in to observe a brain surgery, left the procedure thinking 15 minutes had gone by, and it was actually 18 hours.

So, “misplaced” attention is more accurate.

Because, especially in kids, they seem like they don’t want to pay attention to the things they “should.”

This means that the diagnosis of ADD is basically a combination of behaviors, and it’s only a “diagnosis” when we think those behaviors are detrimental to you or your child’s behavior.

If a kid is extremely focused on his math homework, I don’t foresee him getting any sort of “diagnosis” any time soon.

Executive Functioning in the Brain & How it Differs in ADHD

If you remember my blog on napping for kids, we dove into how much sleep affects the development of the prefrontal cortex in the brain.

This is the area of the brain that’s under your forehead, and it’s usually described as what “makes us human.”

The prefrontal cortex is all about managing our executive functioning.

Executive functioning is the ability to plan ahead and predict what might happen next in any given situation or decision we make.

This part of the brain forms during childhood, through adolescence and is fully developed between ages 18-25.

What time of the day does it form?

It’s being developed anytime a kid is asleep, of course.

And once it’s formed, it’s formed - so you really want to encourage your kids to sleep as much as possible.

Robert Sapolsky calls the prefrontal cortex “the simulator,” because it’s responsible for keeping us aware of the outcomes of our actions.

Sure, you could punch your boss in the face next time he gets loud with you.

But your “simulator” reminds you that if you do that, you’d lose your job, and then you’d be out of money for your kids’ braces, and your wife will be mad, and you’d be stressed…you get the idea.

When it comes to ADHD, this “simulator” is simply functioning inappropriately.

Other sources might say that ADHD means the prefrontal cortex is functioning insufficiently.

But, based on what we’ve already covered about what ADD is actually doing in the brain, I think “inappropriate” is a better word. 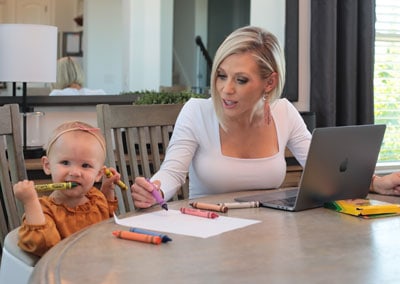 Now that we’ve covered ADD signs and symptoms a little more, I want to shift and look at sleep activity.

If you go look up symptoms of sleep deprivation, you’re likely to find the following:

Now, after seeing what those “symptoms” are, what else looks exactly like them?

These are the exact same symptoms for ADHD.

Symptoms of sleep deprivation and symptoms of ADHD?

Because ADHD looks exactly like sleep deprivation on paper, I’m highly skeptical of most ADHD diagnoses.

For example: simply missing one hour of sleep per night on a regular basis typically results in about 15lbs of fat gained each year.

This isn’t because sleeping causes you to prevent weight gain on its own.

It’s because one less hour of sleep per night tends to make you more impulsive, and less likely to stick to disciplined actions.

If you’re only getting 7 hours of sleep per night, you’re much less likely to stick to a workout program or a healthy diet.

And one of the key indicators of ADD is that you’re less disciplined.

Who’s to say that we’re not just throwing this diagnosis around on people who simply aren’t sleeping enough to function “normally?”

And, when it comes to kids, this impulsive behavior leaks even more into all aspects of life because their prefrontal cortex isn’t fully developed yet.

So if they’re having issues with their performance in school, sports, or with other kids - it’s smart to ask if this is stemming from impulsive behavior.

And once that’s answered, we can go from there on figuring out the root cause of that behavioral problem. 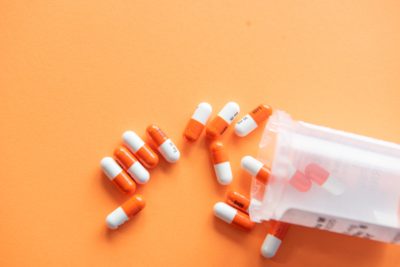 My opinion on ADHD diagnoses

Personally, I think it’s clinically irresponsible to diagnose a kid with ADD if they’re sleep deprived.

When it comes to bad behavior in kids, almost all of it can be tied to needing more sleep.

And I get it - lots of kids throw a fit when it’s time for bed.

But finding a way to get them to sleep more is crucial not only for their best development possible, but also for how they engage in their daily life right now.

When it comes to diagnosing someone with ADHD, I think we move entirely too quickly.

A smarter way to test for ADHD

Based on all that we covered about this condition today, I think we should be requiring at least 2 weeks’ worth of quality sleep before any ADD studies are done.

Take note of behavioral changes just because of the sleep, and then maybe you are justified in seeking a diagnosis if things don’t turn around.

2 weeks is just a bare minimum, too - ideally, we’d be prioritizing sleep no matter what.

So, if you can be patient and implement a great sleep routine for at least 6 weeks to see what happens, that’s even better.

And if your child’s lifestyle is crap outside of sleep - i.e. they’re eating junk, not exercising, staring at screens all day and also not sleeping enough...it’s definitely not the time to seek diagnosis for a “condition.”

Work on the baseline health of your child first and if behavior issues still arise after consistent implementation, then maybe it’s time to seek further help or diagnoses.

Again, that’s my two cents, but I’m sticking to them.

If you’re looking for a way to kick-start a better sleeping routine for your child, check out my Sleep Remedy Kids supplement. 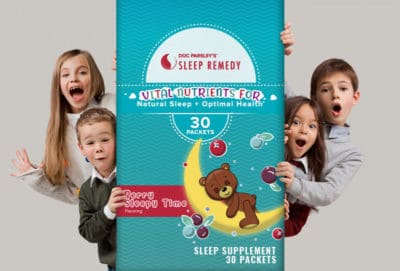