A Bedtime Routine for Kids: Different from Adults?

If you’re a parent who’s trying to manage your own bedtime health with a few kids in tow, you’re not alone. What makes a bedtime routine for kids different?

The sleep-deprived parent is a stereotype because pretty much all of us experience at some point or another.

But here’s the thing: setting up a child’s sleep routine is not magic. It’s actually very similar to how you would set yours up.

Actually, when I’m helping adults figure their rituals out, I usually base it on the way their parents used to put them to sleep.

Obviously, I’m not telling adults to powder themselves up with baby powder (unless you’re into that).

But there are a lot of similarities that will actually make your life much easier once both you and your children have these systems in place.

First, let’s find out the pillars of why we need a “sleepy time ritual” in the first place.

These 3 Things Prime us for Sleep

The last major “shift” in the way we’ve evolved happened about 40,000 years ago, allowing for language as we know it.

Beyond that, this is it. These bodies are old.

Which means that our technological advances over the last few hundred years – especially thanks to electricity – have grown past what our bodies understand so far. They haven’t been able to catch up yet.

That being said, when we’re living with the natural cadences of sunrise & sunset, there are 3 major events that happened for most of those 100,000 years to bring sleep on in a specific way.

The 3 elements that bring sleep on in the human body are:

Let’s get into each of these a bit more. 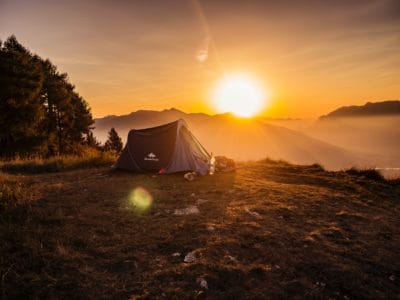 The light goes down, the body’s chemistry changes

When the sun sets, the world is supposed to be void of blue light. Obviously, thanks to electricity, that isn’t the case anymore.

But for most of human existence, the only light source we had after sundown was fire.

Fire is mostly orange and red light, which doesn’t block the chemical changes needed for sleep like blue light does. Blue light is the one preventing the beginning of those changes.

So, let’s say you’re using your blue blocking glasses and responsibly avoiding blue light after sunset. These changes that happen after the sun sets still take about 3 hours to play out fully before your body is fully “ready” for bed.

Once blue light is out of our vision, melatonin is release to initiate the sleep cascades in the body.

An important thing to remember is that melatonin is an initiator of the other changes that happen in the body for sleep. That’s why supplementation with melatonin isn’t always that useful for thorough, good sleep throughout the night.

But it’s still an important piece of the puzzle and without that initiation, nothing else goes well.

Mental stimulation should decrease in the evening

Once the light is taken care of, we need to be mindful of the mental processing we’re going through after sundown.

Why do you think people love T.V. at night so much? It’s mindless entertainment that we don’t need to work for.

The problem comes in when we’re watching action movies, the evening news, or other “jumpy” forms of entertainment – usually without those blue-blocking glasses on.

It makes our brains go into overdrive, worrying about the state of the world or if there’s a serial killer in your bushes. Not a good wind-down plan.

Think about when you’re camping: what do you usually do at the end of the day, around the fire after dinner?

You’re probably enjoying some conversation, maybe listening to music or sipping a beverage. I don’t recommend alcohol to help you sleep, but that’s another topic.

The point here is that you’re usually relaxing, enjoying simple company and not looking at screens or engaging in things that make you excited in any way right before bed.

This allows for GABA, a neuropeptide (often called a hormone) to come in and help you pay less attention to your environment.

The brain wants you to stop worrying about what’s going on around you at night so that it can focus on repairing what’s inside of you during sleep.

This decrease in awareness from GABA helps you to calm down more… and it’s why you probably sleep so much better when you’re out in nature, not staring at screens right before bed.

The last thing that naturally occurs to bring on sleep is a decrease in temperature – both around you and at the level of your core body temperature.

We naturally sleep best when the air around us is in the 60-68ºF range, and our core body temperature naturally decreases 1-2ºF when we’re asleep.

This temperature shift starts internally as the sun goes down and our melatonin levels increase, so aiding the body in getting there is important for the easiest sleep possible. 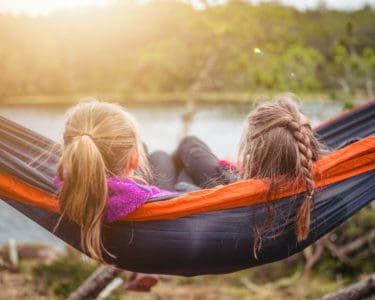 Now that we know the main pillars of the “sleep cascade,” let’s look at how we can build some nightly routines that go along with them and are easy for kids to follow.

As much as the kids might fight this one, it will change a lot about how they sleep.

Find a time that’s ideally 3 hours before bedtime and establish that as the beginning of screen-free time.

While you can get away with using blue blockers to a certain extent when it comes to the blue light aspect of screens, we still have the issue of nighttime mental stimulation.

So even if they’re savvy with their Swannies, I would recommend no screens when trying to encourage sleep to roll in.

And at an environmental level, try using more of the orange lights in the house after sundown.

But back to the screens for just a second.

Instead of letting them sit up on their iPads or Xboxes, it would be much more helpful to encourage them to do something more calming.

Puzzles, board games, books, even something like legos that isn’t too “thrilling” – these are all great evening activities that kids can enjoy without screens.

Find some things your kids might like that are more of this speed, because it will help them to wind down and be hormonally ready for the next phase of sleep prep.

You might be surprised to learn that taking a bath at night is actually a way to lower our core body temperature.

Anyone who’s worked with kids knows that baths have a special way of lulling some of that energy out. The lowering of the body temperature is one of the main reasons this happens.

And after the bath is done, powder or lotion them up so that their skin feels less tuned in to environmental distractors. This aids in that nighttime stimulation decrease. 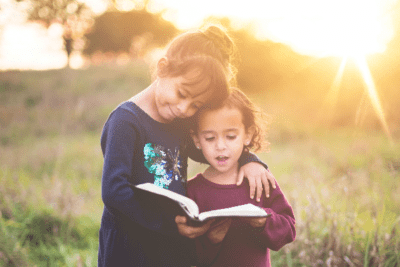 After you’ve gone through some variation of the 3 sections above, tucking those kiddos in at night and reading them a calm story is the best way to send them off for the night.

Something that isn’t jarring, like Dr. Seuss, works really well. If your kid has a favorite story they can recite along with you, that’s the best.

If you noticed in my routine suggestions, they all sort of play together.

A decrease in light cues the hormones that want the body to pay less attention to its environment and naturally slow down.

The order only loosely matters here. But these different methods of priming a child’s body for sleep will make a huge difference in how well they fall and stay asleep.

If you think your child is dealing with some extra difficulties (especially when you first institute a new routine), my new Children’s Formula was made for you to help make that transition.

Learn more about it & be the first to have access to it when it’s available!