Are you working toward a new athletic or physique goal this year?

Too many times, I see the “perfect” training program set up for an athlete...or so it seems.

Diet, training, hydration and supplementation are all in check.

But then, I ask about the athlete’s sleep schedule.

And usually, that hasn’t even been discussed.

I’ll say it right now: if you have an athletic goal you’re trying to achieve, you need adequate, quality sleep to reach your highest potential.

Sleep affects athletic performance more than we typically give it credit for...and that needs to change.

The components of athletic performance

There’s a lot more to Athletic performance than just the physical movements needed to perform a task.

And even that isn’t easy, even in something that seems like it would be at first - for example, throwing a baseball.

For anything we do in a sport, there are:

Muscular, of course, relates to the actual muscles’ part of moving your joints into proper positions and angles to achieve the task you’re doing.

You’re constantly breaking down and tearing up your muscles during exercise.

Side note: we’ll talk about how sleep plays a role in strengthening those weaknesses you’ve just created in a bit.

But back to our components of athletic performance: the connective tissue is the other physical piece of the puzzle.

These are the tendons and ligaments controlling joint angle and the ways your muscles are stretching or contracting.

And then, there are the neuromuscular aspects of a motion.

The messages being sent between your brain and the muscles or joints that are performing the task.

All three of these components - muscular, connective tissue, and neuromuscular - are necessary to nail a specific athletic movement.

And each of them has a part of the sleep cycle it depends on if you want to master any given athletic task. 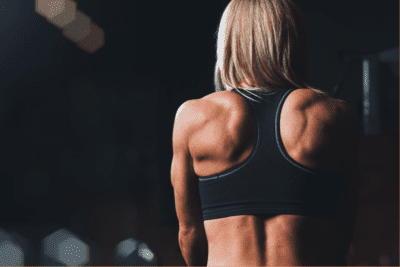 Deep sleep is our first major piece of the athletic repair puzzle.

This is where the more-physical rebuilding processes occur on both the muscles and the connective tissue.

When you exercise, or practice any movement over and over again, you’re creating micro-tears in the muscles and yes, sometimes even in the connective tissues.

The actual “workout” or “training” session is a weakening activity for your body to endure.

That’s why enough sleep the night after training is so necessary: the body repairs itself during sleep.

And those physical tears you just created are specifically dealt with during deep sleep.

While you’re in deep sleep, the brain and body send signals to each other back and forth to communicate about the tears made during your most recent training session.

They work together to address the weakened areas by rebuilding them slightly stronger than they were before.

And there you have it: the full strength training process. 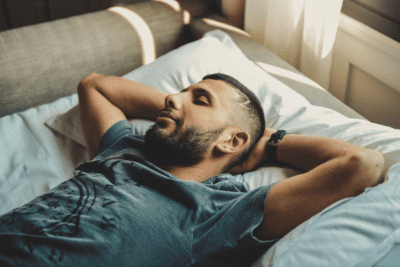 The final piece of our components - the neuromuscular training - gets addressed in a different part of the sleep cycle.

After a training session, especially one in which you repeated the same motion over and over again, your brain will rehearse the movements you performed during the day while you’re in the REM stage of sleep that night.

This actually causes those muscles to fire again while you’re asleep, and those firings can be tracked in a lab while your sleep is being monitored.

The “micro-fires” of these mental replays during REM sleep are what create the neuromuscular coordination you want in a motion you’re going to need for great athletic performance.

Back to the baseball-throwing example: how many times do you think a player will throw the ball?

Thousands, if not millions, easily.

Each time a baseball player throws the ball while he’s awake, his brain will replay that motion at night if he’s getting enough REM sleep.

And he’ll wake up the next day with even more acute baseball-throwing abilities.

This is how sleep not only physically causes you to improve your performance, but also affects your movement precision and accuracy over time.

If you’re not getting enough of both the deep sleep and REM sleep stages, you’re not going to form those abilities very well at all. 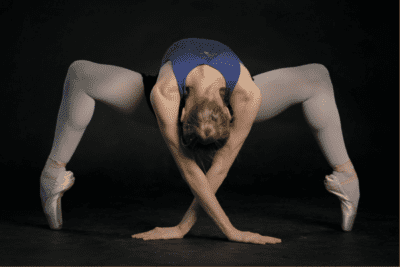 The last thing I’ll say here is that one of the main bases of stellar athletic performance is the development of skill over time.

That means it’s a compounded effect of growing muscles during deep sleep and improving neuromuscular performance during REM sleep.

I like to liken this to making a “rabbit trail” into a superhighway.

If we think about the neural pathways in the brain, the ones that are used more are often referred to as “superhighways.”

This is because you’ve followed that path so many times, the brain has decided to build incredibly strong neural connections from point A to point B.

The brain wants efficiency and if you keep taking the same rabbit trail over and over again, your brain will start turning it into a superhighway.

That means eventually, throwing a baseball (or whatever task it is you’re trying to master) will become habitual.

You won’t need to work on learning a new form or training your body to move at the exact right angles anymore - you’ll just “inherently” know how to do it.

That’s what a superhighway can do for you.

So, if you want to hone those skills, get your solid sleep in.

And if you’re having issues with finding a good sleep rhythm, check out my non-addictive Sleep Remedy Supplement.

It’s a game changer to help you fall and stay asleep, naturally. 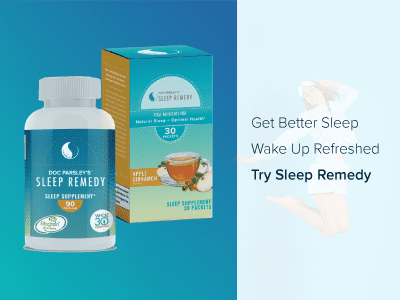