What Are the Benefits of Magnesium? (& Why it’s in Sleep Remedy)

The benefits of magnesium are indescribable.

This molecule is involved with something like 3,000 different bodily functions.

I cannot state enough how important this nutrient is in the right amounts for our body to function its best.

The reason I put it in my Sleep Remedy is that the conversion of 5-hydroxy-tryptophan (5-HTP) to serotonin (allowing for relaxation and sleep) requires magnesium.

Serotonin, which is most known for helping prevent depression, also plays an interesting role in sleep.

It is a precursor to the production of melatonin, which is the hormone needed to initiate sleep.

So, having the proper amount of magnesium in the body means that you’re more likely to be able to produce your own melatonin and initiate sleep without supplementing melatonin.

Interestingly enough, vitamin D3 is a very common cofactor in many of the processes magnesium is involved with, so you’ll often find the two of them working together in different reactions within the body.

That’s why vitamin D3 is included in Sleep Remedy, too.

Every system in the body is impacted by magnesium.

There’s really no limit to describing what magnesium does for us – it’s just that involved and that important.

Magnesium is a positively charged salt, which means it can create positive charges within cells.

The balance of a charge in a cell determines how it behaves and how it interacts with its environment – i.e. other cells, the plasma between them, or foreign substances trying to enter it.

The charge of the cell literally determines the “channels” that cell has open, as well as what things can enter or exit.

The transfer of particles and molecules between cells is determined by the charge of each cell in regard to the others near it and the environment between them.

Basically, all of this means that we need both positive and negative salts in the body to make sure that cells are communicating with one another and within themselves properly so they can perform their desired functions.

And magnesium is the main positive salt we use for that. 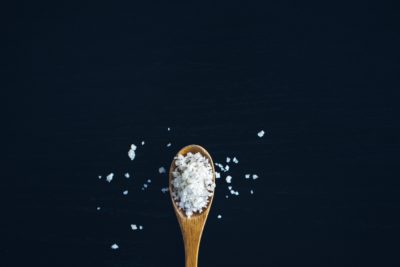 Major functions of magnesium in the body

Like I said, since magnesium is a positively charged salt, it affects nearly everything that goes on in the body.

But some key functions that you might notice improvement with when you have proper amounts of magnesium include:

…yeah, not too shabby, if you ask me.

When do you know you’re using too much magnesium?

Well, to put it simply – your GI tract starts to wake you up in the middle of the night.

You might get some gurgling in the intestines or nausea in the stomach, and that’s when you know to slow down a little bit.

Don’t worry, though – it’s hard to get yourself to dangerous levels besides dealing with a little digestive upset.

If you start to experience that, just slow down. And most likely, you’re only going to reach that level if you’re taking a supplement at high doses.

This effect happens because, although we really need magnesium in the body, the gut doesn’t absorb it very well.

Even in someone who’s got great gut health, magnesium is one of those nutrients that’s just harder to absorb.

There are ways to get magnesium via IV or intramuscular injection, but most of us just need to make sure we’re eating and orally supplementing it regularly to have healthy levels in the body.

Not all supplements are created equal

One thing to note if you’re supplementing is that there are many forms of magnesium and some are better tolerated and used than others.

You can easily find the form of magnesium used in a supplement by checking the nutrition table.

It will list “magnesium” as one of the main components, and then include its form in parenthesis next to that.

When you’re buying a supplement, there are several forms that work well.

The one that crosses the blood/brain barrier the best is magnesium threonate, but magnesium glycinate and magnesium malate are also great options that tend to be easier on the digestive tract than some of the others.

Also keep in mind that the main form to avoid is magnesium oxide, since the gut doesn’t tend to absorb it well. This type is typically only used for specific interventions.

If you’re going to supplement, it’s smart to know the signs that you’ve taken too much so you can make sure to “cycle off,” as they say in the bodybuilding world.

Some symptoms of magnesium overdose include:

How do you know if you have enough magnesium in your body?

Interestingly, some of the signs of magnesium deficiency are similar to those of overdose.

But let’s just say the way you can tell the difference is that if you’re supplementing magnesium, you’re definitely not deficient.

If you want to get scientific with it to be sure of your magnesium levels, you can always get a blood draw done by your physician.

When you’re getting those labs ordered, your doctor will probably take a serum magnesium measurement.

This isn’t a great way to gauge overall magnesium intake because it’s determined by your diet on that day, at that time. Our salt levels are constantly fluctuating.

It’s sort of like taking a blood glucose reading: if you ate a donut that morning, the reading will be way high, but that doesn’t tell us much about your blood sugar levels over time.

So, when your doctor is taking your blood readings, ask him or her to order a red blood cell-bound magnesium measurement, too.

That’s like the A1c measurement in my blood sugar analogy: instead of taking the reading for that day, it’s a look at the magnesium that’s been in your body over the last few months.

This will give a better picture of the long-term magnesium levels in your body, so you can make supplementation and diet adjustments as needed based on that.

Some signs you’re deficient in magnesium include: 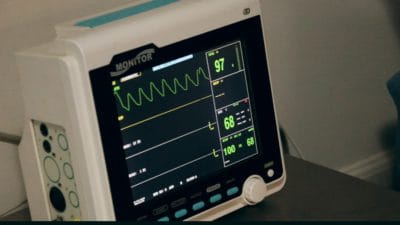 Where can you get more magnesium in your diet?

One final thing I wanted to touch on here are ways you can get more magnesium in your daily life by simply eating the right things.

Sure, supplementing is great and beneficial but it’s almost always going to be the most bioavailable option for you to consume foods that contain any nutrient you’re trying to get into your body.

Some foods that are high in magnesium (that I would also actually recommend) include:

Keep in mind that the recommended daily allowance (RDA) for magnesium is about 420mg for men and 320mg for women.

Also keep in mind that the RDAs created by the government are usually embarrassingly low.

So, again, if you start to experience any of the “overdose” symptoms I shared above, that’s your sign to just slow down a little bit for a few days.

I hope this blog helped clarify some things about magnesium and its importance for you. I also hope it makes a little more sense about why I would include this important salt in my Sleep Remedy supplement.

If you’re having trouble getting to sleep or staying asleep, why not check it out?

You can find out more about Sleep Remedy right here: 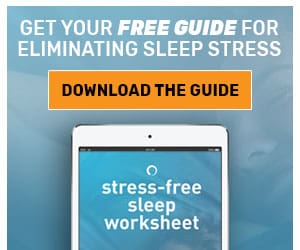