How Much Melatonin is Safe for Kids?

Melatonin supplementation is something I've always tried to dissuade people from, and for kids it's no different.

The supplements we see on the market today are far more than what we need - even as adults.

Melatonin isn’t just produced in the brain. It’s produced all over the body.

It’s also not just a hormone - it’s also an antioxidant that has all sorts of useful functions throughout the body besides just sleep.

But, we’re talking about sleep here. So, let’s get into it.

How much melatonin does the body produce?

From the time the sun goes down at night and when you wake up in the morning, your adult body will produce about 6 micrograms (µg) of melatonin.

This is important to understand, because many melatonin supplements are measured in units of milligrams (mg). Micrograms are one decimal point below that.

So, even if you’re “only” taking a 1mg tablet of melatonin before bedtime, that’s still way more melatonin than your body would naturally produce throughout the course of an entire night.

Beyond that consideration, we have no way of knowing how much of that melatonin you just took will actually get into your brain.

Unless we start biopsying people’s heads (which is unethical, so it’ll never happen) we just can’t gauge if a supplement is even that effective.

It’s safe to assume that a child’s brain and body would secrete less melatonin than an adult’s. Smaller human, less production.

Even if we just make a rough guess that 50% of what you supplemented is actually getting into your brain, we run into another problem.

In the 1mg tablet scenario, 50% would be 5µg. That’s around the ballpark of what I said at the beginning for a “normal” amount of melatonin production throughout a night.

But that’s the thing: if you’re supplementing with something that brings 5µg of melatonin to your brain immediately, that’s a mega-dump of melatonin all at once.

6µg of melatonin is a normal amount of it throughout an entire night. Not all at the same time.

This brings us to one of the biggest issues when supplementing any type of hormone.

When we overload the body with a certain hormone - even if it’s brought in from an external source, like a supplement - the body responds by producing less of its own version of that hormone.

In turn, you also reduce your body’s willingness to absorb that hormone. The body literally stops making as many receptors for it, because it senses an overload of that hormone.

The effects of supplementing hormones

This analogy helps to paint a better picture of what I’m talking about here.

Imagine people only ever ate pizza and the only way to get pizza would be to have it delivered. The delivery man must ring a doorbell to get the pizza to you successfully.

If there’s a neighborhood of 1,000 houses and only 1 pizza delivery guy, you would plaster your house with doorbells because you want that pizza.

But if there’s a neighborhood of 100 houses and 1,000 pizza delivery guys, you would likely only have one or a few doorbells and you would probably hide them a little bit.

This same thing happens with hormone levels in your body.

If there’s a low amount of a certain hormone relative to how much of it the cells need, they will create more receptors to that hormone to make it as easy as possible for that hormone to access the cell.

But if there’s too much of a hormone, the cells will reduce the number of receptors so they’re not over-filled with that hormone. 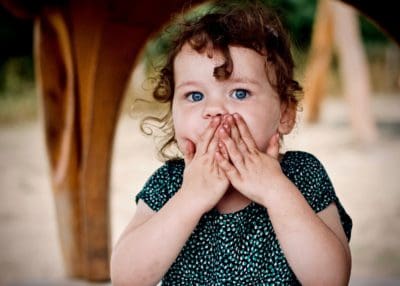 So, is melatonin safe for kids?

Now, how does all of this tie into the original question?

As a reminder, we’re talking about how much melatonin is “safe” for kids.

Most sleep supplements don’t have less than 1mg of melatonin, which I’ve already acknowledged is significantly more than even adults need over the course of a full night.

Since adults naturally create about 6µg per night, kids likely make around 3µg per night.

I can’t give specific details on the Sleep Remedy formula because it’s proprietary, but I can say that the amount of melatonin in this product is around 250µg.

That means this is the only sleep supplement for kids that I know of which likely results in anything close to the amount of melatonin a kid needs as he’s initiating sleep.

Because, like I mentioned earlier, not all of a supplement you take will get into the brain.

Anyway, I hope this article helped clear some things up about whether kids can supplement with melatonin.

Sure, they can… but I wouldn’t recommend it, if you can avoid it.

Help them sleep better in other ways by making sure they’re eating and moving well as well as following a consistent bedtime ritual.

And if you think a supplement is the best way to get that process started, check out my new Sleep Remedy Kids formula.